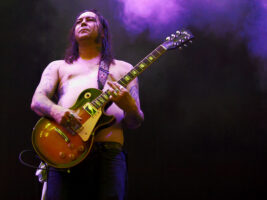 The Genius Of… Dopesmoker by Sleep

The fog of stoner mysticism surrounding Sleep’s magnum opus Jerusalem, later known as Dopesmoker, is unsurprising given the nature of the beast: a single hour-long composition, a monolithic ode to tuning low, playing slow, and dropping out of life.

For more reviews, click here.
The post The Genius Of… Dopesmoker by Sleep appeared first on Guitar.com | All Things Guitar.