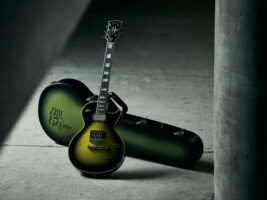 The mystery of the Gibson Les Paul Silverburst

The guitar industry is rife with intrigue, driven by artists whose style and technique bolsters the mythos of the equipment they use. The Gibson Les Paul Custom in its rare Silverburst finish has long been a source speculation, thanks to a player who helped elevate it to the upper echelons of the vintage guitar market, Tool’s Adam Jones.

READ MORE: The story of Willie Nelson’s Trigger, the most famous acoustic in the world