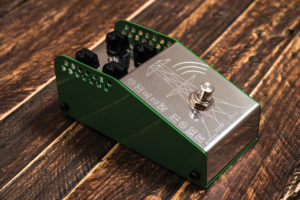 Our favourite military pedal boffin launches his new Reimagined Series with a percussive tremolo. Is Richard Purvis feeling the beat?
Before the outbreak of World War Two, the RAF began constructing a network of radar stations along the British coastline to give early warnings of airborne raiders.The post ThorpyFX Chain Home Tremolo appeared first on Guitar & Bass.

DIY Workshop: How to fix snapped or broken screws