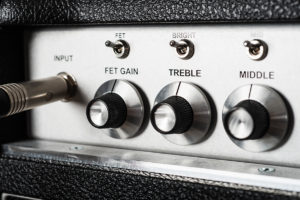 Joe Bonamassa and John Mayer are among those who have used Two-Rock’s Dumble-inspired wonder machines. Huw Price finds out how the latest incarnation of the Classic Reverb stacks up.
It’s estimated that Alexander ‘Howard’ Dumble made around 300 amplifiers before he retired in the late 90s.The post Two-Rock Classic Reverb Signature appeared first on Guitar & Bass.