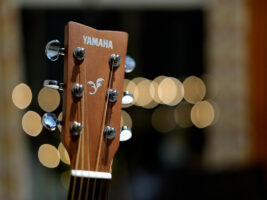 Yamaha, Roland and Fender fined €21 million for price-fixing in Germany

Musical instrument brands Yamaha, Roland and Fender have been fined by the Bundeskartellamt, Germany’s competition watchdog, for price-fixing. Alongside the heavy fine for the manufacturers, the two retailers Thomann and Music Store were also fined.

The watchdog claimed that the three companies colluded with Thomann and Music Store to set minimum prices for their products. When these were undercut, the companies would contact the dealers and ask them to adjust their prices. In some cases the manufacturers threatened the retailers with a suspension of orders or a worsening of terms and conditions. These threats were occasionally implemented.
Yamaha and Roland also used software to monitor the prices that their goods were being sold at.
Andreas Mundt, President of the Bundeskartellamt, said of the fines in a statement: “For years manufacturers and retailers of musical instruments have systematically endeavoured to restrict price competition for the end consumer. The manufacturers asked at least the leading specialist retailers Thomann and Music Store not to undercut fixed minimum sales prices, which they did in many cases.
“In addition, in individual cases the retailers agreed among one another on price increases for individual products. With the fines it has imposed the Bundeskartellamt is sending a clear signal not just to the companies concerned but also to the entire musical instrument sector that violations of the prohibition of resale price maintenance and price-fixing agreements will not be tolerated.”
The above proceedings also revealed that Thomann and Music Store had colluded on price increases. There were 13 instances of this for the period from December 2014 to April 2018.
A statement notes that all parties involved “cooperated extensively with the authority in uncovering the agreements (Music Store only in the proceeding concerning resale price maintenance) and that a settlement could be reached”
Last year, Roland and Fender were both fined by the UK’s Competition And Markets Authority, again for price-fixing. Fender was fined £4.5 million for “preventing online discounting for its guitars”, while Roland, alongside Korg and retailer GAK, was fined £5.5 million as part of an investigation into “Retail Price Management.”
The post Yamaha, Roland and Fender fined €21 million for price-fixing in Germany appeared first on Guitar.com | All Things Guitar.