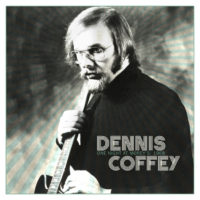 Today, Guitar World has teamed up with Omnivore Recordings to present the exclusive premiere of “It’s Your Thing/Union Station,” a funky, fuzzy track from the previously unissued One Night at Morey’s: 1968 by guitar great Dennis Coffey. The album, which will be released June 8, comes directly from the vaults of Coffey and his longtime producer partner, Mike Theodore.

One Night at Morey’s: 1968 was recorded during the Lyman Woodard Trio’s residency at Morey Baker’s Showplace Lounge in Detroit. In those days, the trio—Coffey on guitar, plus organist Lyman Woodard and drummer Melvin Davis—could be found at their regular weekly stint at Morey’s. They played to a dedicated audience, so the band kept the repertoire fresh.

“Morey Baker’s was the hottest club in town, packed every night—and we rocked the house,” Coffey says. “I am excited to be working with Omnivore, a label that really appreciates the music we created back then.”

Coffey, who’s probably best known for his 1971 hit, “Scorpio,” started his career with Fifties/Sixties hit makers the Royaltones, became a session ace and appeared on scores of Motown hits, including “Just My Imagination,” “Ball of Confusion (That’s What the World Is Today),” “War,” “Cloud Nine,” “Someday We’ll Be Together” and “Band of Gold.” Motown’s move to the West Coast in the Seventies didn’t slow him down. He struck out on his own and recorded a million-selling hit (“Scorpio”), continued his session work, scored films and produced other artists.

The 2000s have found Coffey appearing on the big screen, including 2002’s Standing in the Shadows of Motown and 2012’s Searching for Sugarman.

For more information, check out denniscoffeysite.com.

Could Mooer’s SD50A be the perfect amp for acoustic duos?