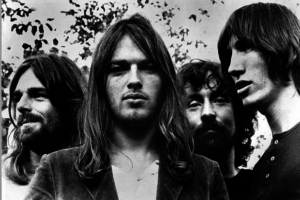 What, exactly, is a headphone album? Well, the definition changes depending on who you are.

For audiophiles, a headphone album is a work that is so exquisitely recorded that it demands you listen to each beautifully recorded note under a sonic microscope. Miles Davis’ Kind of Blue fits that bill.

For others, a great headphone album is one that makes an intimate album more intimate (such as Bob Dylan’s original mono recordings), or a loud album louder (Rage Against the Machine’s debut album).

We’re an unsubtle and hyperactive bunch at Guitar World, so our favorite headphone albums are those that have a lot of activity in the stereo field. As dumb as it sounds, we love it every time a guitar solo takes a shortcut through our skulls as it zooms from one ear to the other.

If you don’t know what we’re talking about or you’ve never experienced any of these great albums under the influence of some high-end ear buds, we suggest you go home, put on your best set of ‘phones, turn out the lights, turn up the volume and prepare to have your mind blown sky high.

If you haven’t taken LSD, the good news is you don’t have to. Save your brain cells and listen to this masterpiece under a good set of headphones to get the complete psychedelic picture. On Electric Ladyland, Jimi Hendrix and his brilliant engineer, Eddie Kramer, create a wonderful, three-dimensional sonic world and invite you to step in. This album is not necessarily stoned, but it certainly is beautiful.

TICK TOCK, TICK TOCK. DING DONG! BRRRRRRRANG!!!! WIIRRRRRRRRLLLLLLYYYYYY WHIRL…HA HA HA HA! I mean, what else can you say about the Citizen Kane of headphone albums?

The Edgar Winter Group, They Only Come Out At Night (1972)

This is a little on the obscure side, but it ranks right up there with Dark Side as an essential Seventies listening experience. The star of the show is the extended version of the hit instrumental “Frankenstein,” but almost every song on the album is a sonic thrill ride.

This album was originally mixed and released in both stereo and quadrophonic. Designed to be an all-encompassing, complex and exotic listening experience, the percussion surrounds you while the soaring guitars lift you to the heavens. This is the best-recorded album of Carlos Santana’s career, and probably his best album overall.

The Dukes of the Stratosphear was a pseudonym used by the British rock band XTC in the mid-to-late Eighties, and their Psonic Psunspot album was a brilliant homage to the Sixties psychedelic pop of the Beatles, Pink Floyd and the Zombies. While the project was a bit of a joke, the songs are brilliant and, due to advancements in recording technology, the sound of the album eclipses anything actually recorded in London in 1967.

They say that guitarist Robert Smith was using hallucinogenic drugs throughout the course of this beautifully textured album. Like Hendrix’s Electric Ladyland, the sound of the album reflects his trippy state of mind. Listening to Disintegration under headphones is like stepping into someone else’s dream—and a rather dark one, at that.

In the late Nineties, Radiohead wanted to shake up their music. Their solution was to work as a collective—one that would make interesting “sounds”—rather than with each person in band playing a prescribed role. The result was an album that sounded unlike anything else before or since. This philosophy extended to the album’s sumptuous mix, which can only truly be truly appreciated with a pair of speakers right next to your ears.

In 2005, four years after its original release, Tool’s Lateralus was released as a limited-edition two-picture-disc vinyl LP in a holographic gatefold package. It took them a while to do it, but they were finally able to create a package that adequately reflected the multi-dimensional music offered inside.

While everything sounds “good” these days, it’s hard to find albums that sound “great.” Everything is engineered so loud and compressed that most modern recorded music lacks the kind of space and depth that allows for a true headphone experience. Dream Theater probably doesn’t really give a damn about what is happening in popular music, which is why this album sounds as good as it does.

Every collection has to have some Beatles, and this is by far their best and most modern-sounding album. Enjoy.

Brad Tolinski is the editor-in-chief at Guitar World.

View the 10 images of this gallery on the original article