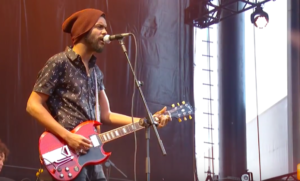 Gary Clark Jr. has announced a series of North American dates, including a four-night stand at the Fillmore in San Francisco this October.

Clark initially had scheduled his Fillmore shows for June 19-22, a week before the start of the rest of the tour, but was forced to postpone the dates. All original tickets will be honored on their corresponding rescheduled date. Refunds are available at point of purchase.

You can check out all of Clark’s upcoming dates below.

“I like to get out and run around and see people moving and making noise,” he told Guitar World in an interview last May. “I spent a good 10 years playing four or five times a week around Texas and Louisiana, usually for two, three, four hours a night. There was something different every single night, and that’s part of the fun of it and the excitement of the music I play. It comes from sitting in those smoky blues bars or those low-down dive bars. It’s kind of a must-do.”

For tickets and more info, head on over to garyclarkjr.com.