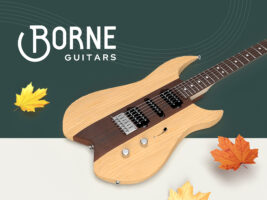 Jon Langberg, creator of GUITAR-JO, is now producing his own music under the artist name “BORNE” and starting an associated guitar company.

Jon Langberg, creator of GUITAR-JO, the electric guitar accessory that makes your guitar sound like a banjo, is self-releasing music under his own label.

BORNE is inspired by Jon’s experience with depression, something he has “borne” all his life and a primary theme in his first single, “The Sound.”

“The song is a culmination of my love for almost every genre. It has elements of pop, hip-hop, rock and classical. My aim was to make it feel like a cinematic journey, featuring orchestral instrumentation and a dynamic arrangement that rises and falls throughout the song, representing the constant cycle of depression and elation. My aim is to be open with things I’ve largely kept private, like my depression, and to our love and hope to those out there quietly suering.” – Jon Langberg

He wrote “The Sound” at age 17 and a handful of songs over the past 13 years that he’s been saving for a moment and time that felt right. At age 30, Jon decided to start releasing these songs, starting with “The Sound”. He started with a new arrangement, then later revised the lyrics. Since winter is a primary theme of the song, he released it on the first day of winter, December 21st, 2022.

“The Sound” can be streamed or purchased on all major platforms. Visit bornemusic.net for direct links to your preferred streaming platform.

A Guitar Company is Born(e)

The electric guitar Jon plays for “The Sound” is one he made himself and plans to sell through his new company BORNE Guitars.

Jon enjoys the beauty of nature as it changes each season, an instrumental part of his upbringing in rural New England. His guitars are designed to mimic the nature he grew up in. BORNE Guitars’ raw and unpainted style feature contours like the rolling hills of Massachusetts, where Jon lives.

Jon’s dream is to build a company where guitarists can customize and purchase a guitar to suit their needs and budget, giving the options to choose pickups, colors and styles.
Interested guitarists can sign up for the BORNE Guitars mailing list for updates on ordering availability. 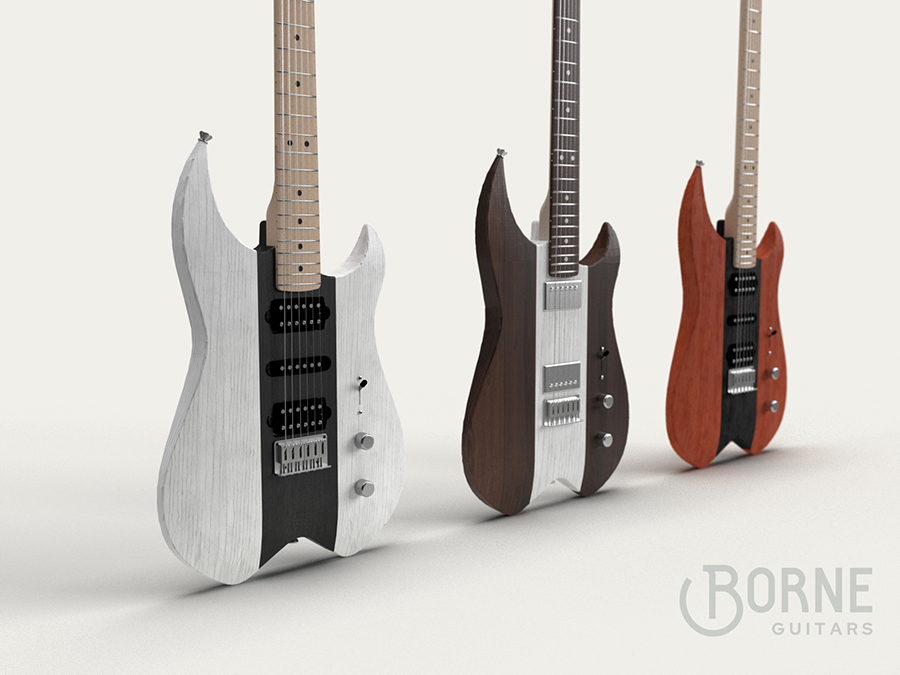