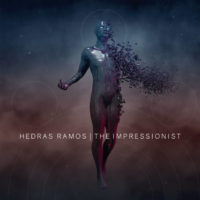 Guitar World has teamed up with eight-string prog-metal guitarist

“Transitions” was composed, recorded and mixed by Ramos, who was born and raised in Guatemala and now lives in Los Angeles—so, talk about transitions! The recording also features bassist Simon Grove and drummer Anup Sastry, and the album features further guest appearances by Plini and Martin Miller. The “Transitions” music video was shot in Los Angeles by Andrew Yoder.

We posted our first story about Ramos a whopping seven years ago, when we identified him as a prodigy—and certainly someone to look out for in the future. Ramos has made major strides since 2011, catching the eyes and ears of scores of top guitarists and media outlets; he was chosen by Axl Rose to open for Guns N’ Roses in Guatemala—and he’s opened for White Cross, Kansas, Die Toten Hosen and many others.