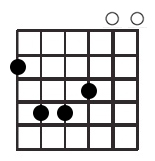 John Petrucci: “My Favorite Chord Is ‘The Alex Lifeson Chord’”

John Petrucci went out for a drive with the folks from Cosmo Music. In the resulting Rockstars in Cars video, shown below, the Dream Theater guitarist talks about his favorite solo to play live, his mix of technical and emotional guitar playing, and more.

Best question in the video: “Desert Island Chord: You got one chord you can play forever. What is it?”

“It’s the opening chord from Hemispheres by Rush,” Petrucci replies. “It’s the F sharp major with the added 4th and the flat 7. That should really be named ‘the Alex Lifeson Chord,’ because he invented that.”

Hemispheres was Rush’s sixth studio album and featured “Cygnus X-1 Book II: Hemispheres” as its opening track. The chord and video of the track are below, along with the full Rockstars in Cars video.