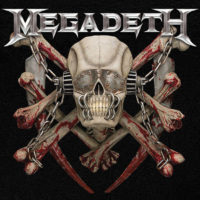 Megadeth have announced Killing Is My Business… And Business Is Good: The Final Kill an expansive reissue of their iconic 1986 debut album.

In addition to the bonus live tracks, the re-issue also features the band’s 1984 3-track demo and the previously removed cover of “These Boots,” which has been added back to the record with recut vocals true to Lee Hazelwood’s version.

“I am just as much amazed at the music we made as I am at the pure fact that we survived it all!,” Mustaine said in a statement.

Killing is My Business… And Business Is Good: The Final Kill will be available in digital, CD and a variety of 2LP formats. You can preorder it here.