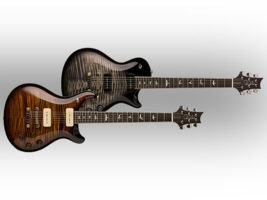 New PRS McCarty Soapbar – order while you can!

PRS has announced a limited run of McCarty 594 and Singlecut 594 guitars fitted with PRS/Seymour Duncan soapbar pickups – but the window for ordering is strictly limited, the maker says, for a brief period between 11th July – 21st August.

PRS’s aim, the company says, was to make a modern guitar that will compete with vintage instruments and the formula calls for a 24.594” scale length, Pattern Vintage neck carve, tweaked Phase III locking tuners with modified collars and set screws, and a two-piece zinc bridge. Soapbars one of the most classic pickup designs, come in the form of a collaboration between PRS and Seymour Duncan. PRS says: ‘We started with the Seymour Duncan Antiquity P90 for its sweet, vintage growl and cool, gritty sparkle. However, we modified the pickup slightly so it sits at the proper height in our cavity design. Like with original Antiquity pickups, chords sound full and round, while single notes sing sweetly. A relatively low output pickup, these soapbars have a many usable voicings by simply adjusting your volume and tone controls’.
There is no limit to the umber of McCarty Soapbars that will be made but the dates are fixed, as above.

The post New PRS McCarty Soapbar – order while you can! appeared first on Music Instrument News. 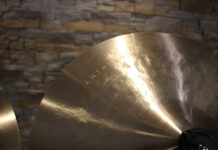