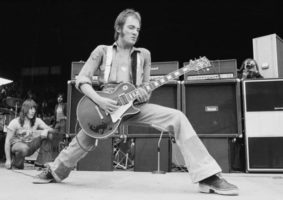 It’s amazing, in the scheme of things, how little we guitarists are prepared to experiment with our speaker cabinets.

Many players will change to a slightly different amp on the often whimsical basis that “it’s just a little woodier and more organic” or become frustrated because their ideal tone is too loud, or spend a fortune to find an amp with the right bass response, touch sensitivity, chime, or complexity.

If only we could build a rig that was close to ideal for us, and then fine-tune its final “handling” characteristics as our needs changed.

Fortunately, we can—but it’s often seen as something of a dark art. Many guitarists will shy away from speaker or cab swaps for fear of mismatching impedances or blowing speakers.

In some cases we’re simply afraid of taking a costly step in the wrong tonal direction. Your speaker cabinet design is the musical equivalent of a final coat of paint: it won’t change the intrinsic quality of the product but it can have a huge effect on how it’s perceived in the real world. That’s a powerful resource; let’s explore how to manage it effectively…

Generally, the sound of rock owes much of its focus and punch to the mid-1960s Marshall 4×12″ closed-back cabinet and its derivatives. An equivalent 2×12″ version can sweeten the midrange and is easier to carry (it also avoids intimidating/annoying sound engineers before they’ve heard you play!) but tends to compromise a little on the authority of the bass frequencies and onstage projection.

This is the same characteristic that makes it slightly easier to deal with on a loud stage – a smaller cab throws out a lower/narrower “beam” of sound that doesn’t interfere with delicate vocal mics and drum overheads so much. A well-designed 1×12″ or 2×12″ is a useful real-world compromise for most of us, and oversized/ported variations are available for those who seek a more engaging low end.

Conversely, an open-backed cabinet (either standalone or as built in to a combo shell) tends to accentuate the chime and complexity of your midrange at the expense of bass response/physicality; and as such is ideal for clean or lower gain styles. An open back also spreads the sound out a lot more across the stage—this can be an enemy if your engineer is aiming for a studio-crisp drum sound, but can also work in your favour in terms of having a useful “monitoring” effect across a wider range of stage positions.

In the Fifties, Sixties and Seventies it was common to see guitarists sitting behind their open backed combos; which is of course why many older combo designs have the controls facing rearwards! Open-backed cabinets also tend to sound and feel a little sweeter at lower volumes, which can help to compensate for any additional stage bleed. Of course, some rock players will use an open-backed cab, and some country players a closed design, so there is always room for personal preference. Finally, a semi-open cab can offer a useful compromise between the two disciplines.

The first thing to consider when choosing your speaker type is the wattage of your amplifier. If you are running a 100W head into a 2×12″ cab, your speakers need to handle at least 50W each or you will risk damaging them. The original late-sixties Marshall formula consisted of a 100W head into a quad of 20W (or later 25W) warm and woody-sounding Celestion G12M Greenbacks; the tone defined an era but speaker blowouts were common! Hendrix used the later G12H-30 speakers which have a 3dB louder, harder and more authoritative sound along with a useful five extra watts of power handling!

If you want to safely recreate these classic sounds in a 2×12″ package (or perhaps create a more modern/robust version of the classic tones), consider fitting a couple of the higher wattage Greenback types like the sweet G12-65, the ubiquitous and somewhat scooped-sounding G12T-75, or the recently released Celestion Creamback which is available in both “M” and “H” voicings. Similarly the industry-standard Vintage 30 (which actually handles 60 watts) was originally conceived in the mid-1980s as a higher power version of the bell-like Celestion Blue fitted to Vox amps. With its robust low end, aggressive yet organic midrange and complex highs it has become a staple of modern rock and metal in 4×12″ and 2×12″ cabs, as well as being a sweet-sounding clean or low-medium gain speaker for boutique combos and the like.

Speaker breakup, too, is part of the brew. The paper-tearing edge of Greenbacks running at full tilt is a huge part of the classic rock sound; the more power your cabinet is capable of handling, the further it moves away from this type of sound. Eric Clapton’s speaker of choice during the Seventies and Eighties was in fact a 120W JBL type; even in his Soldano SLO days this would have resulted in a cabinet capable of handling more than four times the power of his amp! This yields a cleaner, clearer reproduction—perhaps a little more hi-fi—and higher wattage speakers do tend to reproduce high and low frequencies more effectively in any case. This doesn’t mean that they necessarily sound clinical and cold though; more that the warmth needs to appear elsewhere in the signal chain so that the speakers can provide a clear platform for it.

There isn’t space here to discuss all the possible mix/match combinations of speakers, but suffice it to say that if you like the sound of two different speakers, don’t be afraid to mix them in a single cabinet. As a rule of thumb, the total power handling of your cabinet will be arrived at by multiplying the wattage of the lowest-powered speaker by the total number of speakers. As long as the sensitivities (measured in dBm) aren’t wildly different one speaker shouldn’t drown out the other. An excellent tried-and-tested jumping off point is the H30/V30 blend, perhaps X-patterned in a 4×12″ cabinet.

Cabinet wiring schemes vary, so if you are swapping speakers, always match the impedance of the speaker you are replacing to that of the one you are removing, and never alter the wiring scheme (for example from series to parallel) unless you are an expert at calculating impedances! The wiring in guitar cabs is incredibly simple, so simply make a detailed diagram of which wire goes where, and recreate it exactly when speaker-swapping. Keep life simple, solder neatly and triple-check your work—this will avoid any catastrophic errors!

You are unlikely to hit upon the perfect speaker combination for you on the first try. Perhaps you love the overall sound of your stock Vintage 30-loaded cab but find the high midrange a little obnoxious. Some people do; and this is why tweaked alternatives from companies like Warehouse or Eminence (or even from within Celestion’s own range) exist. A little research can go a long way. Equally, always test any changes at proper volume in a band scenario; often the “nasty” frequencies you hear in isolation are the same ones that will give you cut and clarity on stage.

If you enjoy the sound of your rig, but find it’s too loud for most of your playing purposes, try changing to a less sensitive speaker. It’s a little-known fact that just changing from Vintage 30s to, say, G12-65s will knock 3dB off your overall volume at the same settings. That’s the same effect as changing from a 100W amp to a 50W amp! Obviously there are tonal changes involved as well when changing speaker type, but research is key. Enough alternatives exist now for you to match your desired tone to your desired power handling; and still leave room to consider speaker sensitivity.

Finally, consider the changes you could make without swapping a single speaker. If your cab is too directional or “beamy,” you can fit Weber Beam Blockers (or similar) which will diffuse the high frequencies without altering your tone too much. If you find your sound is lacking tightness in the bass region, a little roof insulation or similar inside your enclosure can “tune” the low end to your liking. Similarly, slightly tightening or loosening the screws that attach the rear panel can have a corresponding effect on the quality of your bass reproduction.

Raising your cabinet off the floor; moving it towards/away from a room’s corner; even standing it on a rug or a piece of carpet will dramatically alter your bass response too. Even the thickness and construction of your speaker cable can affect your final frequency curve to a surprising degree; so again it’s worth researching and trying a few different types. For the sake of some experimentation and a little loose change, you might avoid buying a new amp!

By Don Stick on Behalf of Bands for Hire.