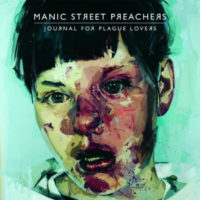 'They were total pros': Steve Albini on working with the Manic Street Preachers

Steve Albini shares his thoughts on the Manic Street Preachers’ Journal for Plague Lovers, released in May 2009 by Columbia Records

Steve Albini told PSNEurope that the Manic Street Preachers were “total pros” during the recording of the much-revered Journal for Plague Lovers album for our latest cover feature on the lauded engineer and producer.

Albini said: “The band said they wanted to make a record of some found lyrics from their old lyricist who disappeared (Richie Edwards). They were total pros, well rehearsed and the record was done in relatively short order. I had a lot on my mind at the time. We’d gone to Wales to make it at Rockfield and while I was away my wife had a health scare, so I was slightly distracted the whole time. I tried not to let it affect my work on the record but I was probably emotionally more distant than I would have been normally.

“They were kind of a cult band here among Anglophiles, so I wasn’t at all familiar with their music. But I did do some homework. They were terrific people to hang around with. Very straightforward, very open. Hanging out with them was as regular and normal as hanging out with your average band in the pub. I have a lot of respect for them and their work ethic. We share a lot of political and social viewpoints, so I feel akin to them as people.

“There’s one slightly nostalgic moment on the record, I forget which song, where James wanted a particularly fried guitar sound. The studio had a cassette recorder that was the same as one I had in college – I didn’t have an amp, so I’d plug my guitar into the cassette player, wear headphones and overdrive the cassette player. It had a particular raspy distortion that I became quite fond of. On a lark, I told him I used that exact cassette player as a fuzz pedal, so we did that with his guitar. It was nice to see this make-do solution applied in a fancy recording studio (Rockfield, Wales). It was a great opportunity to take something I’d learned by being broke and making it a feature of a major record.”

Read the full interview with Steve Albini on the rise of the ‘super producer’, Nirvana and shunning the producer title here.