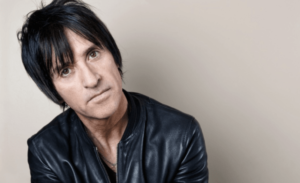 Johnny Marr has told Music Week that the UK’s small venues network acts as a “lifeblood” for emerging artists and bands.

“In ‘82, when The Smiths started playing live, there were places like Moles in Bath, Rafters in Manchester and a ton of places in London,” Marr told Music Week. “There was a real circuit that not only gave a lifeblood to bands but created a culture of likeminded, usually young, people.

“With my band, often it was a student population so they had to be cheap to get in and the beer had to be cheap. Even before I got to make a record we were slugging it around Manchester and going to see bands – and they were always the best shows.”

However, Marr, who tours the UK in November, believes more needs to be done to protect the grassroots scene.

“Unfortunately I don’t think it’s in the economic interest of a lot of towns and cities these days to keep those spaces available,” he said. “It’s such short-term thinking and it makes me wince a little bit.

“There’s a great place in Manchester called The Night & Day Cafe, which has been going for 20-odd years. And the Brudenell’s a fantastic place and if you speak to anyone who goes there they have so much affection for it and one thing that I tell people about places like the Brudenell is that they will sound great in there.”

Victor Brandt: “I’ve been happily surprised that, even with so much going in Dimmu’s music, I could squeeze in some nice bass parts”

What you need to know about Fender finishes

Nuno Bettencourt to be joined by Brian May, Steve Vai, Zakk Wylde and more for At Home and Social special