Hosted by the Friends of the Royal British Legion Band of Wales, G4V is a non-profitable organisation providing relief to struggling veterans through the healing power of music and community.

“Veterans shouldn’t have to face the challenges of PTSD in silence or alone”, says G4V Chairman, Tim Sturges, “We all know that whilst music itself is an international language, it’s also a healer and is therapeutic, especially when playing an instrument.

The actual charity itself started in 2018”, Tim continues, “While the G4V project has only been active for about 9 months and already has over 50 members. Whilst G4V is geographically based in Wales, members are both male and female, from all ages, ranks and nationalities, as long as they have served just one day in the military anywhere in the world, they can join the group.”

G4V were initially looking for high quality acoustic guitars that were effortless to play, sounded superb and, above all, were affordable. After reading positive reviews in the press and media about Vintage acoustic and electro-acoustic models, they took a trip to Band Box in Risca, Newport, South Wales to try out the Vintage Statesboro’ Series.

“I was really impressed with the Vintage Statesboro’ line”, says Tim, “Hence, we’ve now purchased well over 50 models. I contacted Managing Director Paul Smith at JHS who own the brand and distribute Vintage guitars worldwide. We talked about the organisation and he kindly offered to donate an acoustic and an electro-acoustic from the Vintage Statesboro’ Series.”

Paul explains, “Tim Sturges got in touch saying they were using our Vintage acoustic guitars as their ‘go to’ models within their G4V organisation and how pleased they were with their performance.

That aside, I just thought what a wonderful project for JHS to be associated with. We immediately arranged for an acoustic and electro-acoustic from the popular Vintage Paul Brett Signature Statesboro’ Series, which have been signed by Paul Brett, to be given to the charity. 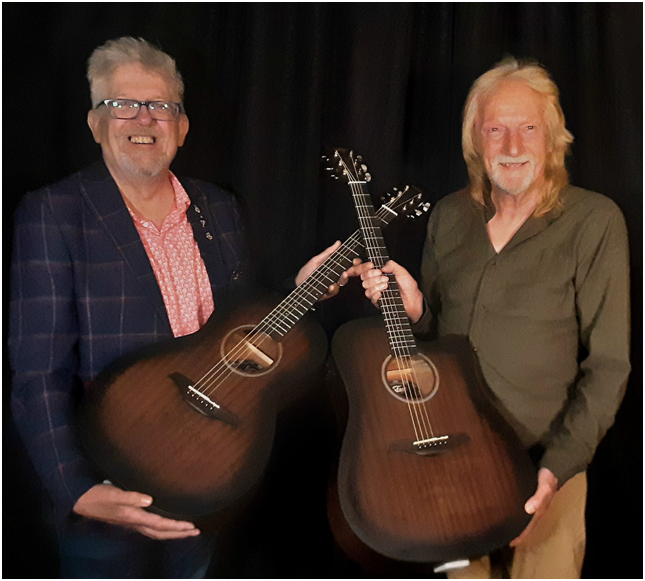 There are a lot of charities out there looking for support, but I don’t think there’s anybody who doesn’t feel some sort of affinity for our veterans, particularly doing it through music. Here at JHS we very much hope we can do more with them in the future in terms of offering support.”

With a satin matt Whisky Sour finish, highlighting the natural grain pattern of the all-mahogany construction, the Vintage Paul Brett Signature Series acoustic and electro-acoustic 6/12 string guitars and electro-acoustic bass, designed by Brett himself, deliver a warm and distinctive, crisp, resonance and playability that has earned the Statesboro’ Series respect from students, amateur and professional players of all styles around the world.

Paul Brett says, “Given my families military history and the fact that in the past, both my long term partner Michele Breeze, the former West End and International star of the world hit musical Evita and myself, have both performed many shows for the Forces in different parts of the World, it was a pleasure to be asked to contribute to what I consider to be a very worthwhile cause.

We have both been invited to become ambassadors for the charity, and look forward to helping put guitars in the hands of hero’s here in Wales, especially those suffering from PTSD. It’s an honour to do so in partnership with Vintage Guitars.”

Whilst supplying quality guitars, strings and accessories, G4V also provide online guitar tuition and the assistance of a funded professional tutor in a group setting. Any members passing their funded grade 1 exam, are invited to become group support-tutors and continue their guitar journey with other brothers and sisters.

“We are all volunteers providing an important spoke in the holistic wheel,” says Tim, “If a veteran says playing a guitar in G4V has helped tame any of the demons…we’ve done our job.” 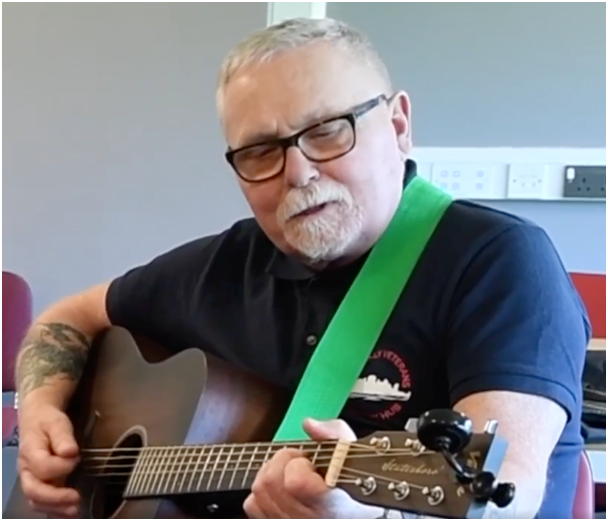