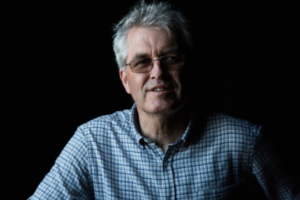 Reavey, who was a key member of the original SSE Hire team, died suddenly on January 8

Carl Reavey, one of the original members of the SSE Hire team, has passed away suddenly at the age of 61.

Reavey, who died on January 8, was a crucial member of the rental company, joining the business in 1977 where he would go on to be a hugely influential figure. In addition to often working round the lock to help establish the company in the industry, he also plied his trade as an engineer with the likes of The Yachts and The Undertones. It was also during his time with SSE that he met his wife-to-be Jan

Prior to leaving the audio industry to run the award-winning Port Charlotte Hotel on the island of Islay with Jan in 1995, he established himself as a key player, both as a sound engineer and later as the first product manager for mixing console company Total Audio Concepts (TAC). In 1991 he was appointed general manager of Amek’s US Operations, based in Burbank LA.

More recently, he became a journalist, editing Islay’s newspaper. This in turn led him to Bruichladdich Distillery on Islay, where he became head of communications.

Reavey is survived by his wife Jan and son Alasdair.