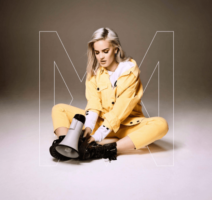 Grammy-nominated producer and songwriter Jenn Decilveo spoke to us about working on Anne-Marie’s long-awaited debut Speak Your Mind, out today.

Co-writing and producing a number of the tracks, including opening track Cry and Can I Get Your Number?, Decilveo said the album coming out – after almost two years’ in the making – was “really exciting.”

Decilveo told PSNEurope: “Straight off the bat I liked her personality. I was like, Huh, you’re interesting and you can sing. Oh, and you have an opinion. And then we just kind of have been working together ever since.

“Whenever she’s in LA or I’m in London we get together and write,” Decilveo continued. I would probably say if I could count on my hand the artists that I’ve met in the last decade that I want to write songs with for the rest of my life, one of them would be her. We just work very well together.”

Read the full interview about Decilveo’s production techniques and career highlights in the next issue of PSNEurope, out next month.