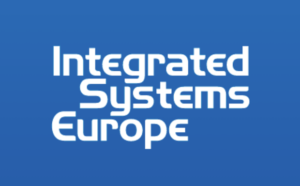 New attendance figures from ISE 2018 reveal that only 11% of attendees at the Amsterdam show this year were female.

New attendance figures from ISE 2018 reveal that only 11% of attendees at the Amsterdam show this year were female.

In what was a record breaking year for the show, which took place at the Amsterdam RAI from February 6-9, ISE saw its number of attendees rise 8.6% year-on-year to 80,923, while it’s number of exhibitors also hit a record high of 1,296.

However, the most intriguing figure announced today was the staggering gender split at the event, with a paltry female attendance of just 11%. Aside from highlighting the fact that a great deal of work needs to be done to ensure this international behemoth of a trade show is attracting a fully representative audience ahead of ISE 2019, it also provides a timely reminder – tomorrow is International Women’s Day – that there is an urgent need for every company operating in the integrated systems sector to take action internally.

Global trade shows serve as a reflection of the businesses occupying any given sector, and as such, one can surmise that if said businesses aren’t actively encouraging inclusivity as a matter of urgency, attendance figures at relevant trade gatherings are unlikely to change. The companies leading the way in their respective fields must not only make sure that they are employing a fully representative work force, but that equally representative are the people and staff they are inviting to such events.

The install market is one of the most advanced and rapidly expanding in the world of AV. It is imperative that its approach to inclusivity starts to accelerate with similar expediency.

At time of publishing, PSNEurope has yet to receive a response from ISE organisers regarding any possible action to be taken to ensure a greater gender balance at next year’s show. We have also requested data from NAMM as to its gender split at this year’s show.