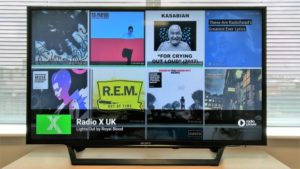 'It’s quite a challenge for a screenless system’: more voice activation features coming to Radioplayer in 2018

The smart speaker was one of the big retail successes over the Christmas period. Kevin Hilton predicts where this fast-growing technology will take the sector next…

Radioplayer, the streaming and listen-again service provider for UK radio, introduced new applications aimed at the smart speaker market at the end of January. As well as selecting stations using the Alexa voice-activated app on the Amazon Echo, listeners are now able to catch up on their favourite programmes and access podcasts.

Amazon made provision for the voice user experience (VUX) selection of radio stations by contacting Radioplayer three months before it introduced the Echo smart speaker in 2014. The initial VUX app for the Echo enables three basic functions: allowing people to select a station by invoking the Alexa artificial intelligence (AI); asking Alexa for a recommendation, which is based on the listener’s previous selections and preferences; and identifying a channel that is already playing.

A major part of Radioplayer on computers and mobile devices is ‘listen again’ and being able to play longer-length podcasts. These are popular and useful features, which have helped maintain radio listenership at a time of extremely wide choice through music streaming services and the ability to access YouTube and other media providers through smartphones and tablets.

Towards the end of January, the catch-up and podcast functionality for the Echo was going through Amazon’s certification process and the managing director of Radioplayer, Michael Hill, was anticipating some fine tuning to be made before the official introduction. “Because it is quite a big change, we expect some technical bug reports and user feedback,” he says. “Up to this point we have been allowing for voice selection of one of approximately 500 live radio stations. Now we have to give access to around 10,000 items each day. It’s quite a challenge for a screenless system.”

Because of this and the need to get people to the content they want quickly, the app had to be relatively basic and straightforward. Hill continues: “We had to make some brute force decisions. This means the speaker will always default to the latest episode because that is what most listeners will want to hear. Then we make it easy to step back in time, with the person saying ‘previous’ or ‘back’ to get to the programme they want.”

Hill says it should be possible to get to a show on catch-up or a podcast within two to three seconds by using this method. Since introducing radio VUX for Echo, Radioplayer has extended the capability for other smart speakers and AIs, including Google Home and Microsoft Invoke (Cortana). Hill observes that the plan is to do the same with listen again and podcasts: “We are talking to Google about Home. They have a very exacting certification process for Chromecast compatibility before we can update the app. We’re also looking at the Sonos platform, which has great sounding speakers, although that does involve very high bit rates.”

The upgrade process for Echo, and by extension other smart speakers, is pretty straightforward for the user. “It all happens in the background,” Hill explains, “you don’t have to do anything. Once the upgrade has taken place, Alexa will say there are new features – catch-up and podcasts – and ask if you want to install them.”

Hill comments that voice operation and selection lends itself well to radio, which, after all, is about sound voices. Because of this, he says, there is a great deal of potential for other features in the future, although, again, these will not necessarily be easy to implement. “We’ve been thinking about how users can use voice activation to get the best out of radio. They give us a lot of suggestions and ideas, one of which is to wake up to their favourite radio station.”

With the popularity of clock alarm radios this feature makes good sense. However, due to reservations on the part of the manufacturers, this only became possible early this year. “Amazon was cautious about waking up the device without someone asking it to do that,” Hill comments. “Alexa coming on without being invoked could be a bit invasive but now the developer community has been given permission to do this. Amazon agrees with us that being able to set an alarm or a reminder for a specific programme will be the next area looked at.”

Hill says usability is a priority in the development of Radioplayer, both for smart speakers and the already established computer and mobile devices market. This is likely to include features familiar from smart TVs and set-top boxes, including series linking and reminders. “We’re looking at all platforms,” Hill concludes.