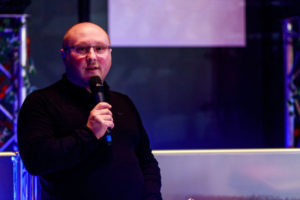 For 10 years, Marked Events organised the BPM trade event best known for its long run at the UK’s National Exhibition Centre in Birmingham, and for its latter-day association with the complementary full entertainment technology show PRO.

As its name suggested, BPM had its roots in the nightclub industry and its glitterball-spiked rainbow of supply chains from turntables to trusses. Adding PRO in 2011, the agenda was able to expand into the wider world of pro audio and most of the leading brands in sound reinforcement and fixed installation secured a presence as the combined event mounted a serious challenge to PLASA, its closest rival.

Now Marked Events, led by founder and devout Northerner Mark Walsh, has completely reconfigured its offer to the entertainment technology industry by breaking apart the constituents of BPM | PRO and spreading them across the year and around the country in four new highly targeted events: Gig; Worship; Club & Bar; and Live.

While Gig places a new focus on talent, the other shows concentrate the traditional equipment supply brew on the specific sector that it says on the tin – reflecting the more discrete channels to market of the digital age and the exacting demands of the Smart customer. Provided his company emerges from its hugely promising Craft Drink Festival unscathed, Walsh can look forward to four times the exposure, distillery and consumption than he had before at the hands of pro audio’s thirsty-for-knowledge professionals.

There are some radical changes to the calendar instigated by Marked Events; how does the new line-up of events better reflect current market conditions?

One thing we learnt from running BPM | PRO is that we need to be more focused in our energies. The retail market is changing and we realise that we need to reflect that change. In many ways, the addition of PRO was an attempt to do this, but I soon began to understand that PRO wasn’t right for the market place. The new events most definitely are. They’re audience-specific shows with a razor-sharp focus.

Are they all inspired by the foundations of BPM in DJ and club culture?

I have to say, they are absolutely, categorically not! We did learn a lot from BPM, including the value of community and education, and this is something we’ll carry over into the new shows. But they are exactly that: new shows. As BPM expanded, it became difficult to maintain the sense of community that made it such a successful event in the first place. It makes more sense to separate these differing sectors into four different shows, smaller but more focused. We want to bring the sense of community back, and we want to focus on the needs of that community.

What was your original inspiration for BPM?

We really just saw an opening in the market; a gap left by PLASA when they essentially cast the DJ industry to one side. Our main goal was to bring education and professionalism to the DJ market – and I’m proud to say we did exactly that.

Why did you add PRO when you did?

PRO was created to reflect the market and its changes around that time. The industry wanted it, too. But by splitting the show into two specific areas, PRO was also an attempt to retain the DJ roots of BPM. We started out as a small DJ show and ended up a large sound/lighting event, so we had to address that change.

How does this four-show, more regional structure better suit “the current economic climate”?

Basically, they’re just smaller, lower-investment shows with a specific focus. More importantly, it’s about serving those markets that run vertical to BPM and PRO, like the UK’s growing worship community and the diverse network of gigging entertainers. These shows are more than just the exhibitors; they’re about education, professional development and industry matters too.

How have marketing methods, routes and channels changed so significantly?

I think it’s become an intangible mess. It’s incredibly difficult to market a general message to an audience that, in the age of social media, is all about individuality and self-expression. Your marketing efforts need to appeal directly to their interests and passions, otherwise they fall flat. Because these new shows are structured around specific communities, it’s much easier to be focused in our marketing. It’s significantly easier to target potential visitors (and exhibitors) when you know exactly who the show is designed for.

What are the ingredients of a strong trade show?

It’s about getting people talking, inspiring conversation about business, products and exciting projects. It’s also about closing the distance between companies and their customers, so they can bounce ideas and help drive the industry forward. Through BPM | PRO, we also learned the importance of education and the responsibility of trade shows to provide a platform for professional development within the industry.

What does the ideal wedding DJ bring to the party – as opposed to any other kind of party?

A quality wedding DJ brings an understanding of the emotional connection that runs through the day… deep, I know! Particularly on a wedding host/MC basis, the more you understand the backstory of the couple and the reasons why things are happening, the more connected you’ll be with your audience.

You studied Classical Civilization: are you a Doric, Ionic or Corinthian kind of a guy?

Always a tough one, but it’s got to be Doric! It’s all about ‘heavy simplicity’, something we all need in life: simplicity and stability. This applies to the world of events too. We can spend so much time overcomplicating things, but when it boils down to it, all we need to do is bring the right people together in the right venue. That’s the basic principle of putting on a show – and, much like some of the ancient Doric temples, it still stands today.