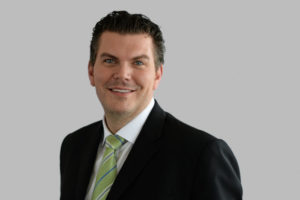 In recent years, Prolight+Sound and Musikmesse have undergone a series of big changes, raising questions over the future look of the Frankfurt trade show

It’s been a busy few years for the team at Messe Frankfurt. Since 2014, the annual Prolight+Sound and Musikmesse trade gatherings have been subject to some serious changes, with timings, hall locations and structures all impacted by the organisation’s ongoing bid to fend off fierce competition from its international rivals. While LA’s NAMM show has remained constant in its appeal to the pro audio masses, the inexorable rise of the AV and integrated systems market has seen Amsterdam’s ISE hoovering up those floating voters whose budgets dictate that exhibiting at three major events in Q1 is simply one too many.

Inevitably, this trend has somewhat forced Messe’s hand on occasion: distancing the opening days of Prolight+Sound and Musikmesse; running the shows concurrently; switching around the traditional hall locations of each event; opening its doors to the public; each of these approaches have been adopted of late to help appease the regulars and attract newcomers.

For some it has worked, for others it hasn’t. Both shows have cultivated longstanding relationships with certain exhibitors and attendees that have held steady during these years of upheaval, and look set to stand steadfast for the foreseeable future.

However, it cannot be denied that the apparent uncertainty surrounding the direction of the Frankfurt expo and its various manifestations has caused consternation in some quarters. Still, in spite of the shifting sands of today’s fluctuating pro audio trade show landscape, there can be little doubt that the history and tradition in which Prolight+Sound and Musikmesse are so deeply steeped continue to ensure that Frankfurt remains very much part of the conversation for businesses across the industry.

This year sees Prolight+Sound run from April 10-13 and Musikmesse from April 11 at the Messe Exhibition Centre, with organisers looking to build upon last year’s combined visitor total of around 100,000 visitors from 144 countries. And while the two shows will remain separate entities, the message coming out of Frankfurt is that there will be a strong emphasis on the various synergies between them.

So, with show time almost upon us, PSNEurope editor Daniel Gumble caught up with group show director of the entertainment media and creative industries’ business unit at Messe Frankfurt, Michael Biwer, to find out more about what exactly pro audio exhibitors and visitors can expect from the Frankfurt show in 2018, how Prolight+Sound and Musikmesse can continue to compete with their international trade show counterparts and where he sees its biggest opportunities for the years ahead…

There have been some significant changes to Prolight+Sound and Musikmesse over the past few years. What can visitors expect from this year’s show? This year, the show offers new and interesting programme items, particularly in the area of pro audio technology. The Future of Audio + Music Technology lecture series, organised by the Advanced Audio + Application Exchange (A3E), will be held for the first time during Prolight+Sound and Musikmesse. Another new feature is the Studio Forum, which gives exhibitors the opportunity to present solutions around professional studio technology and equipment. In addition, the topics of 3D audio and spatial audio play a major role at the event – for example in the Immersive Technology Forum and in the presentation areas of several exhibitors, including d&b Audiotechnik, Alcons Audio and Astro Spatial Audio.

What are the key things that have been learned from the changes to the show’s structure in recent years?

As past experience has clearly shown, the synergies between Prolight+Sound and Musikmesse are important both for exhibitors and for visitors, particularly in the audio segment. For this reason, since 2017 the shows now overlap on three days instead of two. And in Hall 4.1 (Audio, DJ + Recording), the two fairs offer for the first time this year a hall that is part of both Prolight + Sound and Musikmesse and that appeals to both target groups. We will continue to take account of the strong interactions between these trade fair platforms in the future development of the shows.

With NAMM continuing to attract substantial pro audio crowds and the rapid expansion of ISE showing no signs of stopping, how does Prolight+Sound compete?

In the entertainment technology segment, Prolight + Sound offers a broader spectrum of sectors and topics than any other show, covering lighting, sound engineering, theatre and stage technology and system integration. Together with Musikmesse, this trade fair duo is the largest meeting place for the music, event and media technology industry in Europe.

One of the success factors behind Prolight + Sound is Messe Frankfurt’s global sales network, which represents us at over 30 locations and helps us to market the event worldwide. Visitors from 144 countries came to the last Prolight + Sound and Musikmesse. Our international profile is unrivalled. Prolight + Sound is also a global trade fair brand with events in Frankfurt, Shanghai, Guangzhou, Moscow and Dubai.

In order to underpin the long-term relevance of the show in this challenging competitive environment, we are continuing to develop Prolight + Sound. Firstly, we want to sharpen the synergies with Musikmesse. Secondly, we would like to devote special attention to the supporting programme of events and offer targeted, top-class content for the individual target groups – for example in the areas of studio technology, sound, moving images, theatre technology, MICE and more.

Is there pressure to reassure visitors in light of some major regular exhibitors either pulling out or reducing their floor space?

In 2018, Prolight + Sound will once again be strongly positioned to present the latest ideas and innovations from key players from all industry segments. And we are delighted to see numerous new and returning exhibitors this year. Participation in a trade fair and the scope of the presentation is always an individual corporate decision that depends on numerous factors. It is essential to remain in discussion with those companies that are not present this year, convince them with good reasons, and to take into account their wishes for the future development of the show concept. Our aim is to represent the breadth and depth of the industry as comprehensively as possible for the benefit of the exhibitors and the tens of thousands of visitors from all over the world.

The integrated systems market is clearly a fast-growing one. Is there room for Prolight+Sound to make greater inroads into this space?

The field of AV system integration has been a cornerstone of growth for Prolight+Sound for many years. More than 150 exhibitors showcased products from this segment at the last event and many key players are present this year. In particular, the ever-deeper fusion of event and network technology – especially in the audio segment – makes Prolight + Sound a very interesting presentation platform for relevant solutions. As well as playing a major role in the product halls, the AV system integration sector also features prominently in the supporting programme of events. For example, Messe Frankfurt is the initiator of the Sinus – Systems Integration Award, which has been presented annually at Prolight + Sound since 2004 and celebrates the groundbreaking use of media technology and system integration. The conference programme not only provides basic knowledge, for example around the use of media servers, it also highlights future topics such as AVoIP, digital audio networking and, more generally, digitisation in the event industry.

In order to embed this growth market more deeply in the event, we plan to establish a dedicated conference on the subject of media technology and AV system integration at Prolight+Sound in the future.

How crucial is education to the Prolight+Sound offering? Will you be upping the amount of education/training content this year?

These days, the relevance of a trade fair is no longer defined solely by its presentation of products, but increasingly by its offer of a high-calibre education programme. Altogether, there will be more than 80 lectures by acknowledged experts at Prolight + Sound 2018 – considerably more than last year. However, it’s not just the scope of the conference programme that has grown, the number of lectures in English has increased, thereby targeting an international audience.

It seems that the music industry in general is finally starting to see some money filtering back into the business, with streaming now starting to take hold. How much of a knock-on effect does a healthy music business have upon our industries, particularly for Musikmesse?

A healthy financial position gives the music industry the opportunity to market and establish artists over the long term. This also creates potential for the musical instrument sector.

In the past, there have often been complaints about the lack of attractive role models to inspire the younger generation to make music. Other areas, too, such as professional studio technology and the live entertainment industry, can also benefit from growth in the music industry. Streaming is just one of many sources of revenue for musicians. For this reason, themes such as merchandising, music education and the collaboration of new music acts with brands are even more important than ever at Musikmesse 2018.

Where are the big areas of opportunity for Prolight+Sound and Musikmesse?

There are numerous trends that are driving the event and AV media technology industry. These include immersive audio, digital audio networking, AVoIP, virtual and augmented reality, interactive signage, UC&C and many others. It is crucial for us to ensure that these themes are firmly embedded in Prolight + Sound – for instance, by creating appropriate content in the supporting programme and developing the best possible presentation opportunities for exhibitors.

Musikmesse has also made great strides in the past, growing from purely a product showcase to a diverse content platform that offers numerous workshops, concerts and other events for a wide variety of musical communities. There is growth potential in the education sector: This year, we are providing an extra area for organisations from the fields of education and culture and will continue to expand our offering in this area in the future.