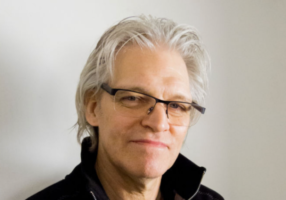 ‘This has to be global’: Second Warehouse boss Stuart Kerrison plots rental revolution

Second Warehouse is a new web-based platform aimed at revolutionising the AV cross-rental sector by allowing companies to find what they want in a matter of seconds and trade in a safe and cost-effective way.

For decades, live engineering was Stuart Kerrison’s bread and butter. Having traversed the globe with some of the world’s biggest rock and pop acts, among them Sparks, INXS, OMD and many, many more, his knowledge of the touring sector is extensive to say the least. Unsurprisingly, his years spent on the road have also imbued him with a keen sense of the value of a smooth and efficient rental and cross-rental system. His understanding of things on both sides of the desk was developed further still after spending several years working for a clutch of high-profile manufacturers.

All of which brings us to Second Warehouse. Officially announced back in February, Second Warehouse is a new, web-based service essentially designed to speed up and tidy up the cross-rental process. In a nutshell, it will enable companies of all shapes and sizes to trade in a safe, fast and cost-effective fashion. So, a rental company searching Second Warehouse for AV equipment will be able to find what they need in a matter of seconds, with every found item coming from a fellow rental firm. Both companies can negotiate the equipment sub-hire and arrange transport via direct messaging within the platform.

Commenting on the launch of Second Warehouse, Kerrison said that the platform has “the potential to fundamentally change how the rental sector functions, ensuring that companies of all size are able to trade with one another in absolute confidence, so everyone does better business – no one got into this business to spend tedious hours on the phone or writing emails. Second Warehouse gets rid of all that so you can get back to doing what you really love – putting on great shows and making money while you do it”.

Here, PSNEurope sits down with Kerrison to drill down into the detail and find out exactly what his plans for Second Warehouse are and to see what he views as the biggest obstacles in revolutionising the way the live market does business…

Tell us about the origins of Second Warehouse. What made you decide to quit life on the road?

It’s like everything in life; I just fell into the next thing. I made a big change in my life and went from being constantly living on tour buses and in hotels to actually being at home for a while. So that was the first time I ever had a regular job. It was a bit of a shock to the system. That was when I started getting into rental companies and I worked at rental companies for about 10 years, from 1998 to 2008.

I first worked with a company in Oslo called AVAB. They were probably the number one rental company in Norway. I was always the project manager and audio manager on these big festivals and big shows, like the Nobel Peace Prize concert every year. This is where this whole Second Warehouse thing started, because I was always in charge of putting the audio together at these huge festivals, and of course we never had enough gear. So I was finding myself making phone calls, and there wasn’t even much in the way of emails then, to try and find this gear. It sometimes took days and weeks to put things together. I always thought there has got to be a better way. But technology hadn’t matured to the point where it is today.

So, after working with other rental companies, what inspired you to launch your own business?

I’ve seen the business from a lot of different sides. And this cross rental thing has stuck with me all the time. When I was working as a representative for a speaker manufacturer the issue that was raised regularly by people looking to buy a system was budgets and limited monies – they needed to be able to maximise the return on their investment. So they would say to us, Can you help us find work for this gear? To be honest, as a manufacturer, it’s pretty hard to do that because you’re focused on your own R&D and marketing and thinking about what to make next. You don’t have time to start finding work for rental companies. That’s their job! So it was obvious that there was a need [for this]. These guys are still facing the same problem I was having years ago. It struck me that with the right approach there could be the possibility of fixing it. That was about two years ago. I actually went to these guys who had created an audio localisation system based in Trondheim and said, I’ve got this idea, what do you think? They said, That’s a great idea and that I should go and see Innovation Norway, a government department that helps fund startup companies. They did the initial funding and got us going.

So how does it work?

For a start, it’s all cloud-based, so it will work on any platform. We need to have a critical mass of equipment in the inventory so that people can find things so it starts to grow. We won’t have everything to start with, but we’re talking to companies and getting equipment into the inventory.

After you register, you enter the name of what you’re looking for and we have a reference database of over 12,500 items that is growing and growing as people tell us what they need. You put in the dates that you need it – the day it will arrive in your warehouse and they day you will ship it back.

We have a centralised database of all the companies and the real-time availability of their equipment. Primarily you get the results in your own country, but if you don’t find what you’re looking for and you want alternatives you can search other countries as well.

How do you coax people in?

It’s a commission-based service, so there are no fees, no membership. You don’t pay anything to rent anything. As a supplier, we find you £10,000 worth of work then we take a small commission on that. But we also have, like any loyalty scheme, a process where you start at a low commission, and then the more you use it, that commission will drop to the point where if you are a high volume user you won’t pay anything after a certain period. So the service becomes free. This is important because we cap how much commission we will ever take from any company; there are some companies out there who are massive and do a scary amount of cross-rental business.

Are you concerned that people will be cautious about adopting a new approach to such a traditional working method?

This must be one of the most conservative businesses in the world. To get audio people to change their ways of working is like dragging a whale across the beach, and I know that becasue I’m a sound guy and I know how resistant to it I was. And you don’t get much of a second chance in this business; things have to be there on time. It’s extremely competitive, this business, and there is very little room for failure.

Once you’ve got something working in a way you know is OK you stick to it, but what we can do is make that routine a hell of a lot quicker. In many cases we have the ability to integrate with a company’s rental software system, so we know in near real-time their availability. That’s optional, of course.

We are very aware that everyone likes to work in different ways. Almost everything we do is optional; we understand it will take time. People are always sceptical about new things.

Where would you like to see the company go in its first year?

Ultimately, this has to be global because every rental company in the world has the same problems. You have to walk before you can run, but at the same time you’ve got to get there quick. The first people we’re talking to about this are in Europe – we are using people for testing and finding bugs and getting fantastic feedback.

We have a team of developers that are really fast and responsive. We’re very agile and nimble as a company; we can add features and change things very quickly. We are already looking at how we bring this to North America, South America, Asia, Australia, and I would like to see, by the end of 2018, a Second Warehouse presence in all those places.

What are the biggest challenges in getting Second Warehouse to market?

The biggest challenge will be that people will need to stick with it for a little bit. Companies need to see the potential with this and they need to see that it’s something we’re making for them. It’s important to me that Second Warehouse becomes something that is useful to my peers in the business. For that to happen it needs the support of the companies. They need to put the equipment in and be patient.

I would say very possibly when this thing launches that the first thing people search for they won’t find. So instead of just saying, Oh that’s useless, what they need to do is say, I didn’t find it today but maybe in a month’s time I’ll search again. And one day they will find it because it will grow and grow. Then, when they do find it and get the chance to use it, that’s when they’ll start seeing how it can be a benefit for them.