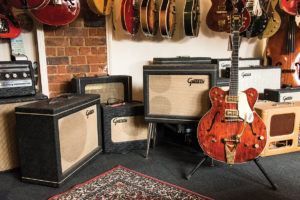 All About… Ray Butts

Napalm Death announce their latest album, Throes of Joy In The Jaws of Defeatism

The Glou-Glou Steak lets you get weird with distortion

Balthazar launches the Cabaret 13, its smallest all-tube combo to date