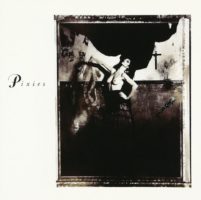 Steve Albini spoke to us about making the Pixies first full-length album, as the band announces anniversary gigs at London’s Roundhouse in autumn 2018

Steve Albini told PSNEurope that working on Pixies’ first full-length album Surfer Rosa was when he started developing his recording philosophy that formed his reputation as a producer.

Working with the Boston rockers for the first time was when he “took the learning steps” to not make himself a presence on the record.

Read the full-length feature on the lauded engineer and producer here.

He continued: “Surfer Rosa was one of the first records I worked on where I didn’t know anybody involved before we got started. I was fairly green and I feel I was slightly overly ambitious in insinuating my own personality into that record. There were things I suggested that the band adopted that weren’t in their nature. The obvious example being the little snippets of conversation between songs. That was kind of a gimmick I was hung up on at the time. That was one of the learning steps of me developing my recording philosophy, which is that I try not to make myself a presence on the record.

“My favourite song on that record is Gigantic. The way Kim [Deal] delivers her vocal… her personality is so strong and her voice is so pretty and distinctive. She has one of the best voices I’ve ever heard. By that I don’t just mean she sings in tune – there is a charisma and her enthusiasm for music comes through in her singing. The best description I could give of it is that it sounds simultaneously like she’s smiling and raising an eyebrow at you when she’s singing. You clearly get a very emotional tone from her. She’s not adopting a persona, she’s just singing as herself.

“I find the phoniness of pop music is one of its principle insults – the fact you are being kept at arms length from the true nature of the people making the music. That’s partly done by imagery, production and the fact that the people singing are generally not responsible for the music. The music that affects me the most is the music where I feel I’m genuinely hearing someone sing something that means something, as opposed to a sea of stylised sound and digital drama.”

Read the full interview with Steve Albini on the rise of the ‘super producer’, Nirvana and shunning the producer title here.