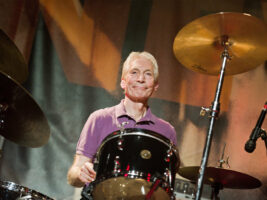 The Rolling Stones drummer Charlie Watts won’t be joining the band on their No Filter tour of the US this fall as he recovers from a successful medical procedure.

READ MORE: The Rolling Stones – A Bigger Band Live On Copacabana Beach Review: The world’s best live band on top of their game

Watts didn’t disclose the nature of the procedure, but a spokesman said in a statement that his doctors recommended “rest and recuperation.”
“For once my timing has been a little off,” Watts said. “I am working hard to get fully fit but I have today accepted on the advice of the experts that this will take a while. After all the fans’ suffering caused by COVID I really do not want the many Rolling Stones fans who have been holding tickets for this tour to be disappointed by another postponement or cancellation.”
Taking the 80-year-old drummer’s place on the throne for the 13-date tour will be drummer Steve Jordan, an Emmy- and Grammy-winning musical director and producer who was also a member of the bands for Saturday Night Live and Late Night With David Letterman.
Jordan expressed his excitement at sitting in with the legendary rock band: “It is an absolute honour and a privilege to be Charlie’s understudy and I am looking forward to rehearsing with Mick, Keith and Ronnie. No-one will be happier than me to give up my seat on the drum-riser as soon as Charlie tells me he is good to go.”
The other members of the Stones have all shared messages wishing Watts a speedy recovery.

This has been a bit of a blow to all of us, to say the least and we’re all wishing for Charlie to have a speedy recovery and to see him as soon as possible.  Thank you to Steve Jordan for joining us in the meantime. https://t.co/dJbo8D2hRW
— Keith Richards (@officialKeef) August 5, 2021

The No Filter tour will run from late September to November, kicking off in St. Louis, Missouri and closing in Austin, Texas.
The post Charlie Watts to sit out The Rolling Stones’ No Filter tour to recover from medical procedure appeared first on Guitar.com | All Things Guitar.