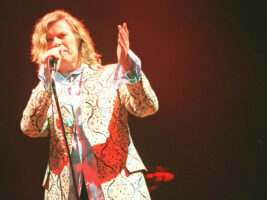 David Bowie’s lost album Toy, recorded in the year 2000, is set for release after over two decades of being archived as part of a new box set collection entitled Brilliant Adventure (1992 – 2001).

READ MORE: The Genius Of… The Next Day by David Bowie

The album harks back to Bowie’s early years, reimagining and re-recording songs he wrote prior to his 1969 breakout hit, Space Oddity. These songs were dropped from his live repertoire shortly after he made it big. Toy was recorded in the year 2000, however it was shelved when Bowie left Virgin records in 2001.
The album will now see the light of day as part of David Bowie 5. Brilliant Adventure (1992 – 2001), alongside two discs of the Toy sessions’ outtakes. The box set also collects remastered editions of Black Tie White Noise, Buddha of Suburbia, Outside, Earthling, hours… Re: Call 5 and the live record BBC Radio Theatre, London, June 27th, 2000.
The set will be released on 26 November as a seven-CD or 18-LP vinyl package. Following this, the Toy album will be released in the new TOY:BOX format on 7 January 2022. This includes the original tracks, some outtakes and some alternate mixes. See the full tracklists and purchase options here.
Ahead of its release, Bowie’s estate has dropped an official version of the Toy track You’ve Got A Habit Of Leaving. Bowie’s guitarist at the time Earl Slick said of the recording sessions to Rolling Stone: “We had been doing a lot of gigs up to that point. “We didn’t have to do a whole lot of thinking about how to approach the songs. We had an operating system; an unspoken one. We hardly ever talked about anything. We’d just look at each other, or David would look at us, and it would just happen.”

The post David Bowie’s lost 2000 album Toy set to be pulled from the archives appeared first on Guitar.com | All Things Guitar.