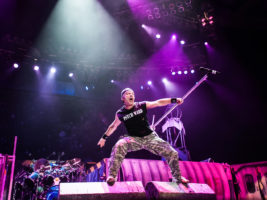 Iron Maiden unveil 2019 dates for Legacy of the Beast tour