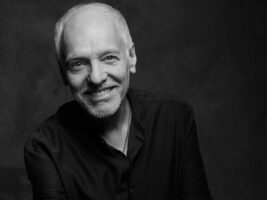 Guitarist Peter Frampton has become the latest artist to partner with Reverb.com to sell some of their gear collection. Frampton will be selling a number of guitars, effects and amplifiers that he’s used across his career.

Frampton said of the sale: “I’ve over-collected, and while I’m sad to part with some of these instruments, I’m excited to hear how a new crop of musicians might use and cherish this gear.”
The Official Peter Frampton Reverb Shop will include a range of gear, however, highlights include:

A Marshall JMP 2061X amp head that Frampton has used with a talkbox
A Gitane DG-255 guitar used on his Grammy-winning album Fingerprints.
A Maton SRS808C guitar used on his Finale: The Farewell Tour.
A Marshall 1974X RI amp used on the same tour
A Guild Aristocrat guitar
A Gibson Hummingbird acoustic guitar

In addition to all of these, there’s “a gaggle” of 1×8 Fender Champions, as well as a wide-ranging pedal collection including Toneconcepts The Distillery, Boss Dynamic Wah AW-3, Fat Boost Pedal, Fulltone PlimSoul, Boss Guitar Synth SY-300 and a Morpheus Bomber.
See Frampton play some of the gear and discuss the store in Reverb’s video below.

The shop will open its virtual doors on 13 October. You can sign up to be notified when the shop goes live at reverb.com.
Recently, Frampton discussed how he takes a mindful, improvised approach to playing. Speaking to Guitar World, he said: “I don’t really think about or even want to know what I’m going to play,” he said. “I blank my mind out and let it happen.”
“There’s no guitar on the Miles Davis records I listen to, but it doesn’t matter because I’m listening to his choice of notes. And he’ll play one note over seven chord changes, but it’s the right note. It’s so important to me – not how many notes I play but which ones. Some people have told me I never play the same thing twice and I always say, ‘I hope I never do!’ That’s what I want to achieve as a guitarist.”
The post Peter Frampton to sell amps, guitars and effects through new Reverb store appeared first on Guitar.com | All Things Guitar.