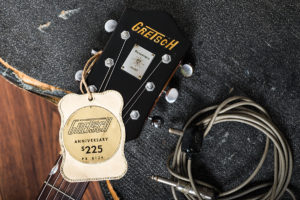 The History of Gretsch Anniversary Models

As Gretsch Guitars celebrates its 135th anniversary in style, Dave Hunter charts the history of one of the company’s most famous electric date-markers – the Anniversary model.
The price tag of the original Gretsch Anniversary model was one of the big draws when it was launched