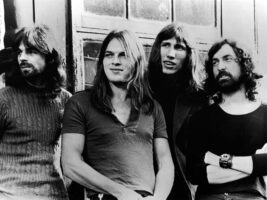 Earlier this week it was reported that Pink Floyd were allegedly preparing to sell the rights to their recorded music catalogue in a nine-figure deal, no names of potential buyers had been revealed at this point, but according to recent reports, Warner Records and BMG could be the biggest competitors.

The band’s catalogue hosts some of the best selling albums in history, including The Dark Side Of The Moon and The Wall, meaning that record labels won’t be shying away from multi-million bids.
According to a recent report by The Financial Times, Warner Music Group and KKR-backed BMG are among the companies competing for the deal and bids are flying above half a billion dollars.
Allegedly, the price of the deal has the potential to exceed what Sony Music paid for Bruce Springsteen’s recorded music in what was music’s first $500 million-plus artist catalogue deal.
The band’s recorded music rights currently belong to Pink Floyd Music Ltd with no recorded music partner, according to Spotify’s credits. This could mean the band have more control over their decision, yet Warner Music Group did acquire marketing and distribution rights for the Pink Floyd catalogue in 2013 through a £487 million acquisition of Parlophone Label Group, previously owned by Universal Music Group.
The band also recently released charity single Hey Hey Rise Up to support the ongoing crisis in Ukraine, and David Gilmour has spoken about a potential return to the stage.
The post Warner and BMG allegedly competing for Pink Floyd’s music catalogue in half billion dollar bidding war appeared first on Guitar.com | All Things Guitar.