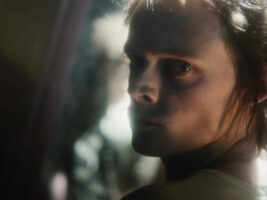 The first trailer for FX’s Pistol, the biopic mini-series on the Sex Pistols has dropped. The six-episode show will be available on streaming platforms, Hulu and Disney+, and is directed by the esteemed Danny Boyle, known for the films Trainspotting and Slumdog Millionaire.

However, the arrival of this series hasn’t been an easy one. Frontman John Lydon took matters to a High Court case back in August 2021 where he lost his battle to block any Sex Pistols music being used with the series, claiming he had no involvement in its production.
Last year Lydon made an appearance on Good Morning Britain where he stated that “they kept the whole operation a complete secret behind my back” and expressed his anger at the use of photographs which include his wife, Nora, arguing “they know she’s ill, this is not nice of them to do.”
Despite the discourse surrounding the show, no further action has been taken since the loss of his court case and the show is not far away from its release. The trailer shows snippets of the Pistols performing on stage and includes a re-envisioned scene of the band signing their record deal outside Buckingham Palace. The series is based on Steve Jones’ memoir Lonely Boy: Tales From A Sex Pistol and is set for release on May 31st.
You can watch the full trailer below.

The series will be joined by the release of a new compilation album, entitled The Sex Pistols: The Original Recordings, the release is comprised of the band’s classic tracks, including God Save The Queen, Anarchy In The UK, as well as covers and more fundamental tracks from Never Mind The Bollocks. The compilation is due out on 27 May, shortly before the arrival of Pistol.
The post Watch the trailer for Pistol, the new Sex Pistols biopic mini series appeared first on Guitar.com | All Things Guitar.