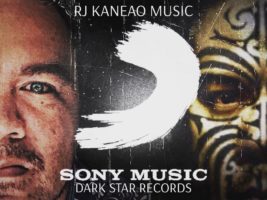 Not sure if this is where to post this. But please forgive me if I am in the wrong place or if this feels like I&rsquo;m blowing my own whistle here but as a EBMM & SBMM artist and a member of this forum for awhile I like to share what I&rsquo;ve been up to etc.
With that said I wanna announce that I&rsquo;ve just signed a Record Deal with Sony Music Group (Global) and Dark Star Records. The deal came rather unexpected but was welcomed with open arms. Although not my first experience with Major Labels (LAFace in the 90s & recently session work for Atlantic/Elektra etc) this is my first full Record Deal with 100% Distribution and what&rsquo;s cool is I get to keep my already signed Publisher &ldquo;Robert Sterling Publishing NY.&rdquo; I just release my 5th album (First in the Blues genre in Dec) on my own label and that&rsquo;s doing well with a nomination for R&B album of the year in the &ldquo;Na Hoku Hanohano Awards,&rdquo; Hawaii&rsquo;s Grammy affiliated and equivalent and 4 other awards including &ldquo;Album of the Year.&rdquo; Fingers crossed..But with that said I&rsquo;m already in production for the another new album for Sony Music. Feeling super blessed and grateful. So with all that great news I thought I&rsquo;d treat myself to new EBMM guitar to include into the recording of the new album. I originally wanted a LUKE III HH but probably leaning towards a Stingray RS because it&rsquo;s a lot more practical for what I need it for.. I have a Stingray SBMM and that guitar is amazing so I just imagine how the EBMM version will perform in the studio. I might just take the plunge and buy a BFR Cutlass or Stingray off of Zzounds or AMS as well since I&rsquo;ve seen them on there.. 🙂 Hope this post isn&rsquo;t a nuisance.. Aloha- RJ

Sent from my iPhone using Tapatalk