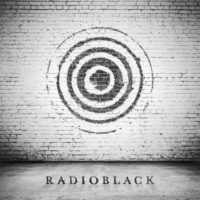 Today, GuitarWorld.com presents the exclusive premiere of “Sunny Daze,” a solid new song by RadioBlack. The track is from their self-titled debut album, which will be released May 12.

The band is lead by singer/guitarist TJ Courtney, whose vocals and songwriting blend grunge and Nineties-inspired alt-rock. With drummer Derek Gledhill (Smile Empty Soul) and bassist Hayato Takano, a seasoned touring player, the ensemble makes for a no-nonsense powerhouse trio.

“‘Sunny Daze’ is definitely the most light-hearted song on the album, although there are some dark undertones to the lyrics that we’re going to bring out in the music video,” Courtney tells GuitarWorld.com. “I wrote this song when I was comparing a previous, completely crazy and toxic relationship to something new that felt really good and also really stable.

“Tracking guitars for this song was awesome because we were in the Foos’ Studio 606; they have so many guitars and high-end amps lying around, it was hard to choose. We ended up using a blend of EVH and Friedman amps.”

From rapid-fire nu-metal to neo-neo-soul: here are this week’s essential guitar tracks

Epica’s Mark Jansen: “I cannot stand when things stay the same for too long”

Molly Tuttle releases new cover EP, …but i’d rather be with you, too