Dream Cymbals is celebrating its 10th anniversary with ‘a big London bash’.  On Thursday 19th April, the Hideaway club in Streatham is hosting a party to mark the success of the Dream Cymbals brand since its inception in 2008. The event will include performances by notable Dream artists, including Lloyd Ryan (Big Band jazz) and Adam Gammage (sticksman for current festival headliner Tom Grennan).

Tickets (£10) are available from the Hideaway event page: https://www.hideawaylive.co.uk/london-drum-clinic-thursday-19th-april-2018. 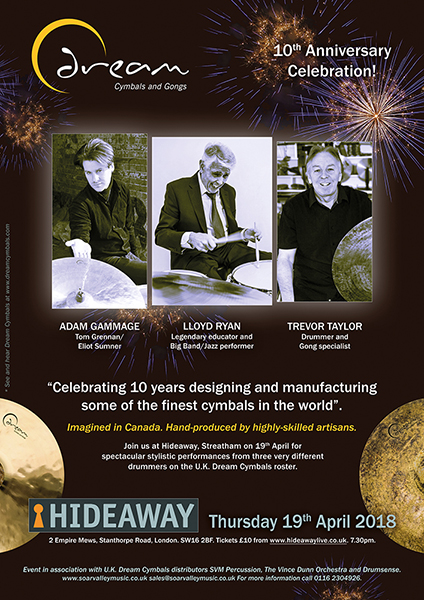 A commemorative 24” Limited Edition Patina Ride cymbal has been produced by Dream and a handful are being made available in the U.K., one of which will be on display at the event.