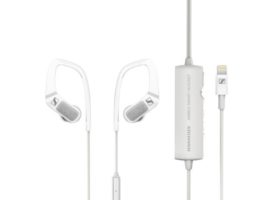 Sennheiser is hosting an Augmented Audio Developers Programme using its Ambeo technlogy at South by Southwest (SXSW) from March 9-18 in Austin, Texas.

Successful applicants will get early and free access to hardware and software production tools to create augmented reality audio apps.

The Ambeo team will consider all applications and select 20 participants to join the programme. The top three applicants will also win an additional grant to support their app development cost.

Applications for the program will be accepted from from today (March 9) until March 31. Developers interested in learning more and registering should click here.

All the creators selected will receive a free toolkit, comprising the hardware and software needed to develop augmented audio apps for iOS devices. On the hardware side, the kit includes the Sennheiser Ambeo Smart Headset for recording immersive binaural audio, sealing in-ear tips, and a headtracker. Software includes the Ambeo 3D binaural audio software library, the application programming interface for the Ambeo Smart Headset, and a fully functional demo project using Apple ARKit as an example.

From March 11 to 14, the Ambeo team will provide a live demo of a typical augmented audio application at the Sennheiser booth (#908). Wearing the Ambeo Smart Headset and using an iPad, visitors are invited to watch a 30-minute live performance by funk-fusion goddess Noa of Playing Savage, whose solo vocals will be enhanced in real time by a full virtual backing band via an augmented reality app. Demos will take place at 11:30am, 2pm and 4pm.

Sennheiser is also pleased to welcome its partner Dear Reality to the booth. Dear Reality will demo its VR/AR production software, Spatial Connect which enables a fully immersive workflow for VR/AR audio productions. This innovative tool eliminates the need for the audio engineer to switch back and forth between the production environment and the produced VR/AR content – the engineer can work in a fully immersive setting.

Guild Introduces the Starfire I Series