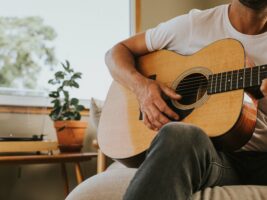 Gear4Music reportedly suffered a loss in sales over the summer months, with the heatwaves in the UK resulting in more people spending time outdoors.

The musical instrument online retailer reported a statutory pre-tax loss of £1 million from April to September, which compares to the £1.9 million profit made in the same months in 2021, as reported by The Times.
As well as the UK heatwave impacting sales, other issues such as the cost-of-living crisis, which is currently hitting the UK, are reported to have also stunted sales.
In addition to this, Gear4Music reported that 32 per cent decline in the number of website visitors to 9.1 million during the six-month period, but is supposedly offset by higher order values overall.
However, it is not all bad news for the York, England-based retailer, as they have reported having stood by its full-year earnings guidance, which includes a pre-tax profit of £1.1 million, seeing a “consistent improvement in trading momentum during the last two months”, says founder and chief executive Andrew Wass.
This news comes after reports in 2021 that Gear4Music had an “off the scale year” following their “exceptional” 2020 financial year, where the Covid-19 pandemic resulted in the closure of high-street music retailers and an increase of hobbies as more time was spent at home.
In 2021 the retailer also announced that they have opened a Dublin distribution hub to service Ireland, and other parts of Europe, which has already helped to boost international revenue by 10 per cent. In addition to this, the company also plan to open a distribution centre in Spain, but there have been no updates as of yet.
The post Gear4Music sales hurt by UK summer heatwave appeared first on Guitar.com | All Things Guitar.