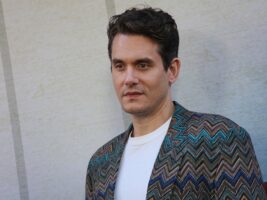 John Mayer has cheekily dropped one hell of a bombshell – his song Walt Grace is due to become a major motion picture.

Mayer revealed the news last Sunday (21 August) during his set at Rise for the River, a live streamed concert at Pine Creek Lodge in Paradise Valley, to raise money for the Southwest Montana Flood Relief Fund.
Following his performance of the track he said, “I want to say one thing that’s going to get me in trouble because that’s what I do. That song [Walt Grace] is soon to be a major motion picture. It’s true. It’s true. It’s going to be a movie.”

Fans have already expressed their excitement at the development of a film around the song, with one commenting “My jaw dropped when I heard this”, and another stating “I legit have a tattoo for this song. The lyrics hit me like nothing else”.
The song explores the story of a man determined to achieve his dreams, although the people around him don’t believe he can do it. As he manages to reach his goals, the attitudes of those close to him begin to change, so there’s a lot to unpack and plenty of potential for a feature film.
John Mayer announced earlier this year that he was parting ways with label Columbia Records – the label he had released music under since 2001. In a post to Instagram, the Slow Dancing In A Burning Room singer wrote, “I love music more than ever, and I believe some of my best work still lies ahead.” Further details are yet to be revealed on the Walt Grace film.
The post John Mayer reveals a Walt Grace major motion picture is in development appeared first on Guitar.com | All Things Guitar.