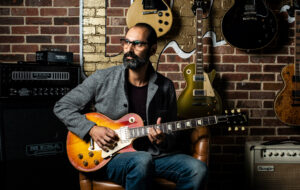 The Les Pauls of the Gibson Vault

Since opening its doors in 2021, the Gibson Garage in Nashville has fast become one of the must-see destinations on any sightseeing tour of Music City. Just a 10-minute walk from the neon glow and raucous nightlife of Broadway – call it 15 minutes in the summer heat – the Gibson Garage offers players and fans much more than a purely transactional retail experience, with lessons, historical exhibits and frequent live performances on offer in addition to hundreds of guitars.

READ MORE: Of Mice & Men’s Phil Manansala on recording over Twitch and not faking the funk on new album, Echo