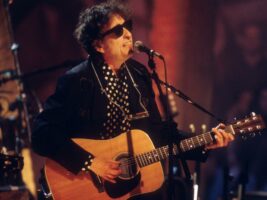 “It is outrageous that it was ever brought in the first place”: Sexual abuse case against Bob Dylan dropped as key evidence allegedly destroyed

An unidentified woman known only as J.C. has dropped a sexual abuse case against Bob Dylan after she was accused of destroying key messages related to the case.

Billboard reported on 28 July that the woman asked the judge to dismiss the case with prejudice after Dylan’s lawyers accused her of “irretrievably” compromising the case by deleting key messages the day before.
Dismissal with prejudice means that J.C. will not be able to refile the case as it will be permanently closed.
In a statement to the outlet, Dylan’s lead attorney Orin Snyder commented: “This case is over. It is outrageous that it was ever brought in the first place.”
He continued, “We are pleased that the plaintiff has dropped this lawyer-driven sham and that the case has been dismissed with prejudice.”
The unidentified woman previously claimed that Dylan had abused her using drugs and alcohol, as well as his status as a musician, to “sexually molest her” over a six-week period in April and May 1965 at the Chelsea Hotel in Manhattan, New York.
Rolling Stone reported that contemporaneous accounts, and the work of Dylan biographers and scholars, show that the folk icon spent much of April that year on the West Coast, playing acoustic shows in California, British Columbia, Oregon and Washington, making claims made by J.C. difficult to reconcile with the actual historical record.
Following the string of North American shows, Dylan flew to the UK on 25 April for his Don’t Look Back tour, which was documented by D.A. Pennebaker and his crew. Dylan did not return to the US until June.
In other recent Dylan news, a one-of-a-kind recording of Dylan’s Blowin’ In the Wind was sold for $1.7 million at an auction. The recording was created using the new Ionic Original format, which uses an aluminium platter somewhat resembling a traditional vinyl record that is considered a new medium, and features a full band as opposed to the original’s stripped-down approach that heard Dylan using only a guitar and a harmonica to back his vocals.
The post “It is outrageous that it was ever brought in the first place”: Sexual abuse case against Bob Dylan dropped as key evidence allegedly destroyed appeared first on Guitar.com | All Things Guitar.